Flooding the European shelves before 2010 Christmas time and from Portugal to France was this refined line of subaquatic figures and vehicles. 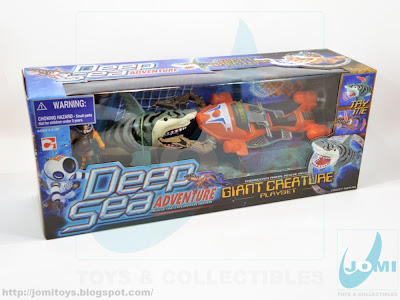 Some sort of manned underwater vehicle inspired this one. Probably an SDV-type (SEAL delivery vehicle). 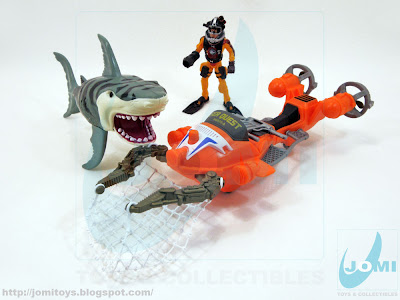 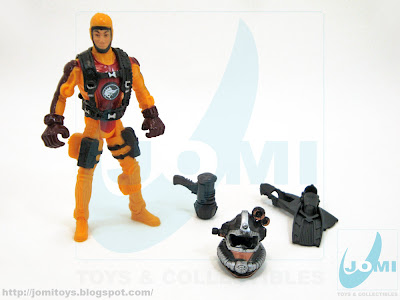 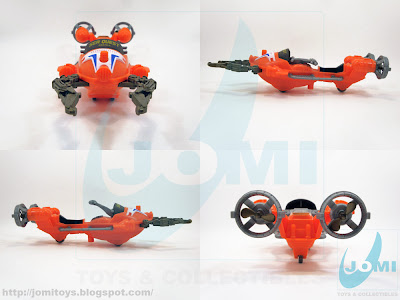 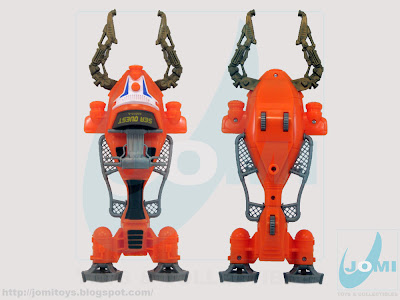 Equipped with underwheels for hard surface play and a movable pair of pincers. 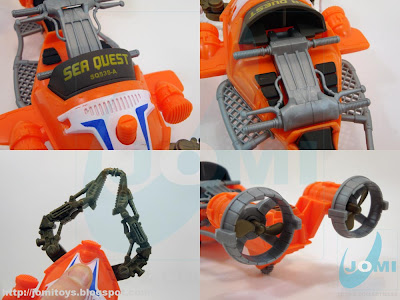 Detail shots. As shown, pincers are activated via button. The fans work and the steering module moves up and down. 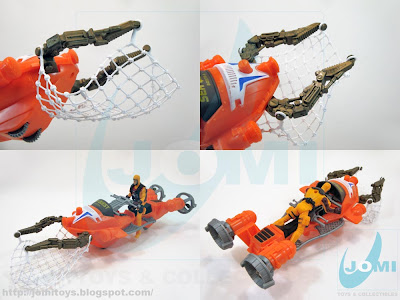 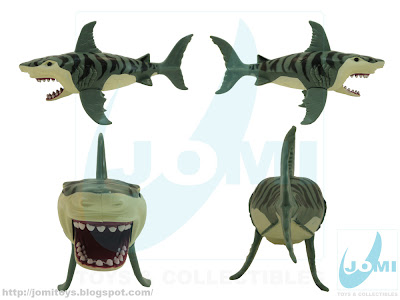 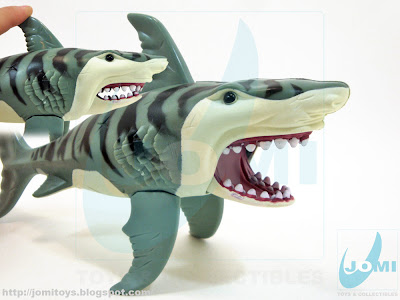 Considered to be one of the sharks most dangerous to humans.