Truly fantastic figures, candy and interesting diorama concept. At the height of their new reconquered  glory, the Star Wars brand  was firing away in every direction and every company wanted a ride. This is another example. 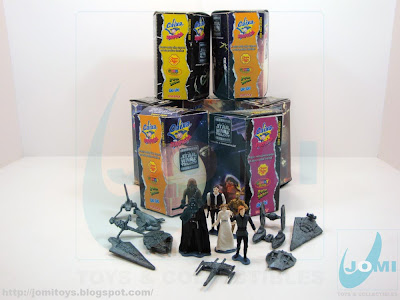 A total of 16 figures were available (all pictured) with these surprise boxes. Candy, gum, and other offers were found inside of these US$2.5 (1997 price) packages. 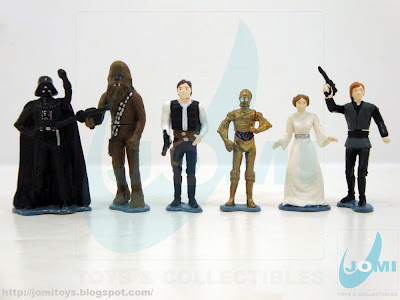 The exclusive figures were 6 and nicely painted. They had some articulation. Usually a couple of points. A collector´s gem. 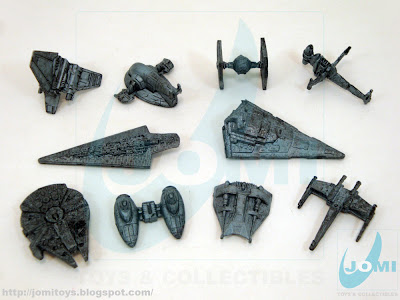 Then the ships. 10 in all. Micro Machines sort of detail with very similar molds. Gray coated paintings. VERY nice. Other than Portugal, I have no clue where (if) would these be found. 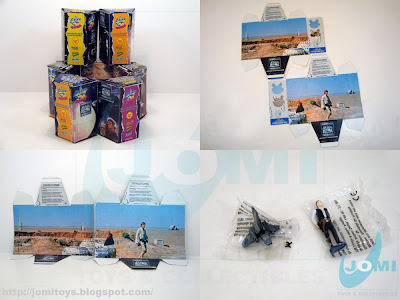 Then the last surprise. Today common and used as a "box novelty". Almost 15 years ago, besides the cool graphics on the outside, you could then open the boxes and cut away the diorama scenes. Apparently there were 10 different (making 5 dioramas). Tatooine, Bespin, Death Star, Hoth and Tatooine (Skiff scene). We´re missing one of Hoth´s diorama half as well as the Skiff scene.