One of the very final figures to be release, the powerful Heroic Warrior wields his tremendous Clamp weapon to grab Eternia´s enemies. Here presented, the European version! 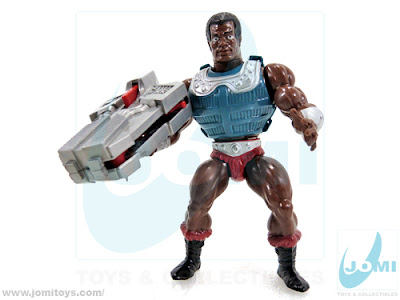 Now what makes this one different from the only black figure in the line? A harder head, no eyelashes and softer plastic arms are the obvious. 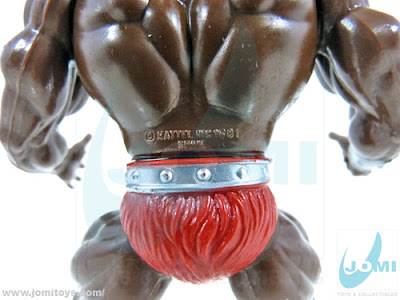 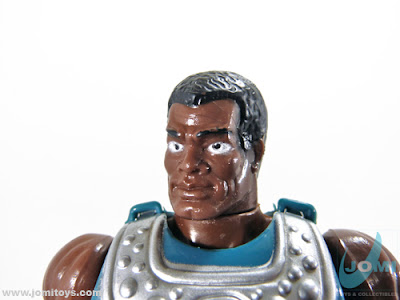 Eternian Games title gave him the opportunity into the Royal services and a job as King Randor´s bodyguard. 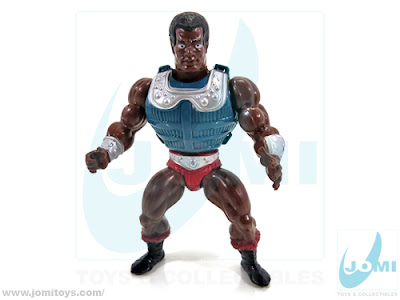 Amazing figure, Clamp Champ was supposed to get a 2002 release before the show´s cancellation. 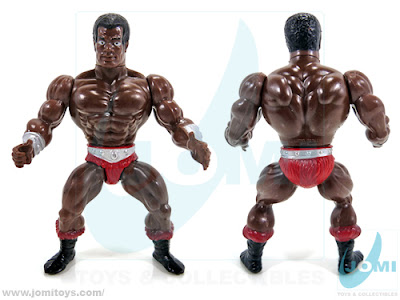 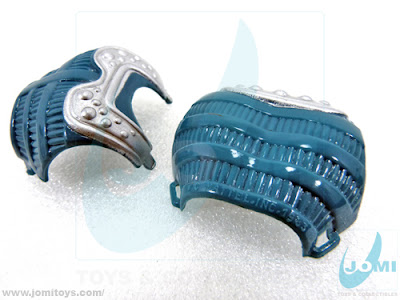 Armor is a repaint of Fisto´s. 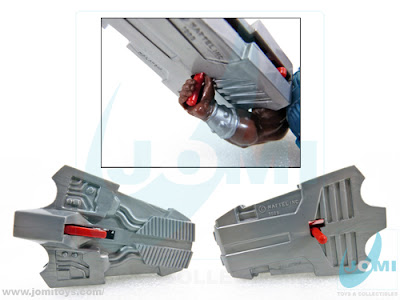 Weapon: Clamp. A little hard to grab, despite Clamp Champ´s notable strenght, the best way to hold it is to insert the thumb into the handle´s opening. 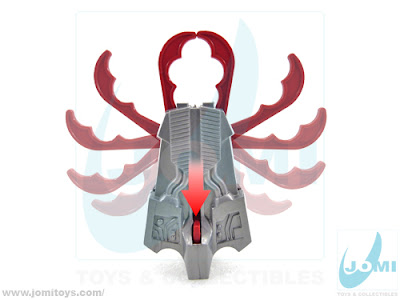 Push the trigger and weapon closes on the minions! 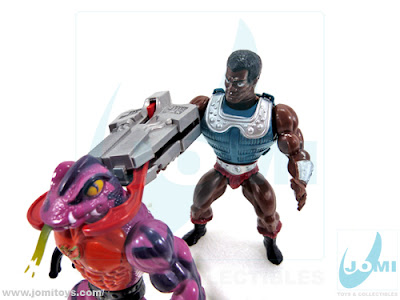 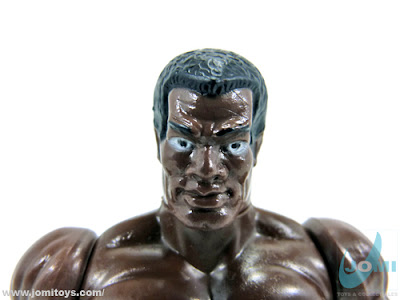 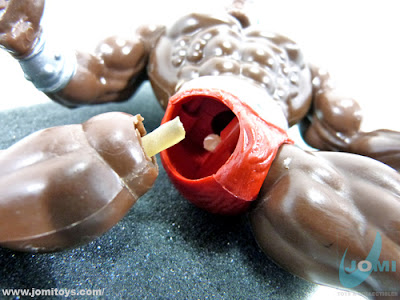 At the very end of this review, the rubber broke. ARGHHH. Well, a golden opportunity to leave open the future small tutorial on how to solve it. Stay tuned! And thanks for visiting!