EasiFix: Masters of the Universe - The legs!

One of the most dreaded moments of MOTU collectors is that broken rubber band sight. One day fine looking on the shelf, next day fallen figure. 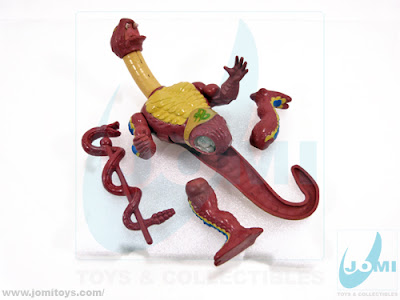 Sometimes, even inside the mint card. Well, nothing we can do about the latter. However, the former is fixable. 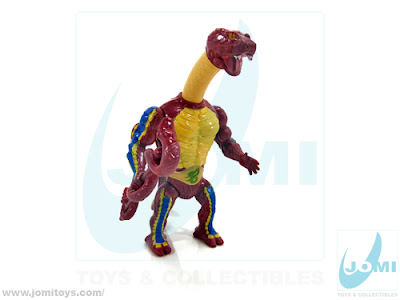 Let´s get them back on their feet again! 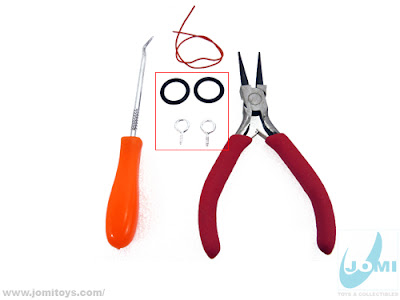 Material. A pair of pliers, a curved punch tool (a thin screwdriver will do), a thin electrical cable and the main characters, 2 O-rings and 2 eye screws. 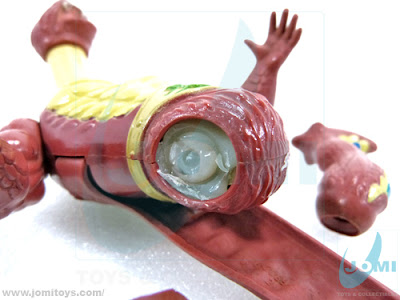 Sometimes (more than often in my case) figures come to your hands with former attemps from other collectors (or previous owners). I´ve seen a lot of hot glue techniques. While it´s usually a weak solution, it´s fast and doesn´t leave marks. 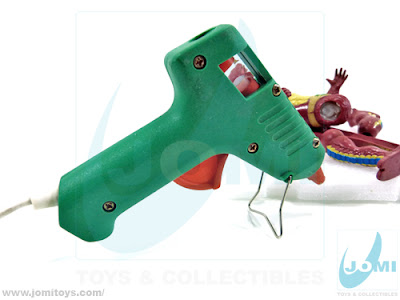 For those who don´t know where that comes from, here´s the crook. 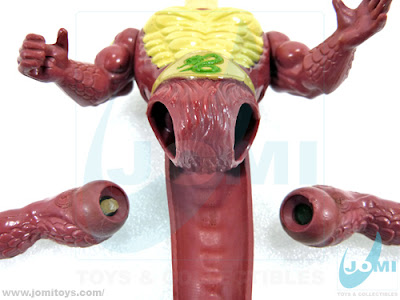 But let´s do this the way it´s supposed to be done, shall we? 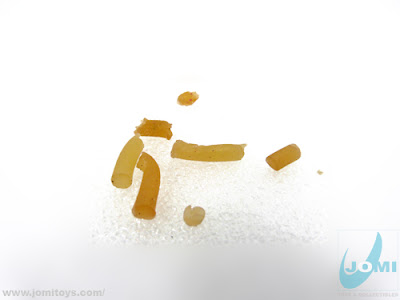 First, remove whatever may be inside the crotch. Pictured, the original rubber band. Dried, broken. 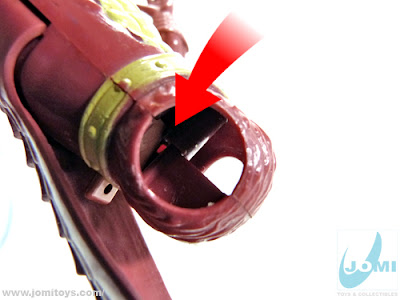 Where we´re going to work. Not the bigger space. 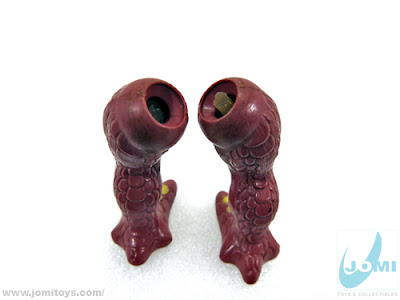 Remove the rest of the broken rubber. The original ends will remain. You´ll need them too. 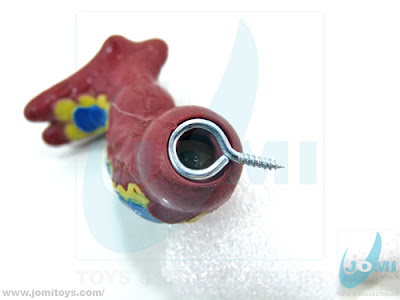 This is how small (or large) your eye screw needs to be. 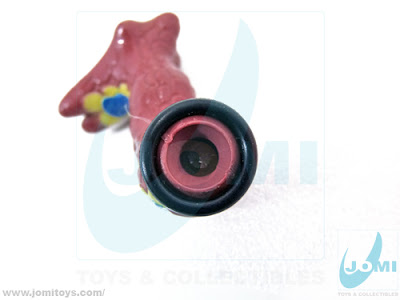 Same goes for the O-rings. The smaller, the better. However, the smaller they are, the more difficult to work with. Keep that in mind. 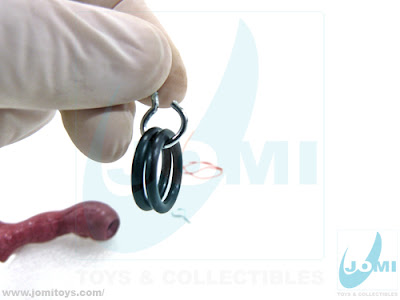 Pick up your pair of pliers and go ahead and open up one eye screw and put the 2 O-rings inside. 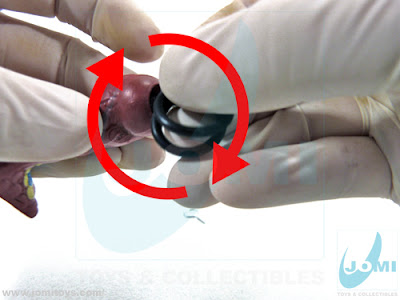 Screw it (clockwise) to one of the leg´s remain of original broken rubber band. This is one of the good things about this process. You´re not doing any harm to the original parts. If you do it the right way. Meaning stop when the eye screw reaches the PVC leg. 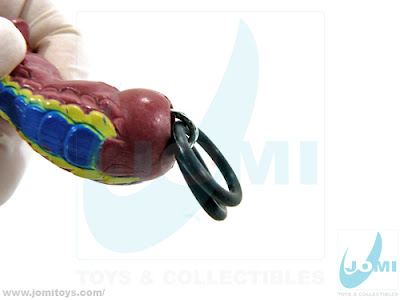 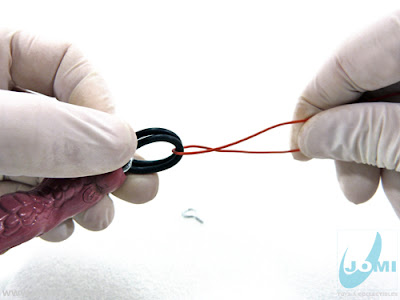 Now pick up your wire and put it through the O-rings. This is why I choose the electrical wiring. Because of the plastic insulation. So you won´t harm neither the figure or the rubber O-ring. 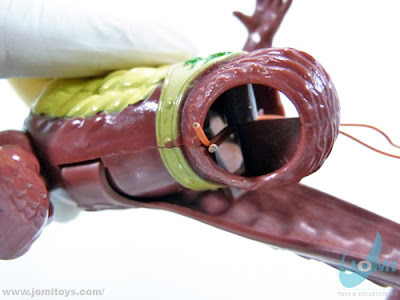 Also, because you can mold it to easily pass where it needs to go. So as you can see and as I told you previously, you need to pass it through the top opening. NOT the larger one. 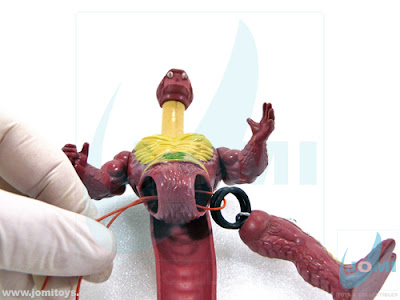 So now we need to pull the leg to its place. 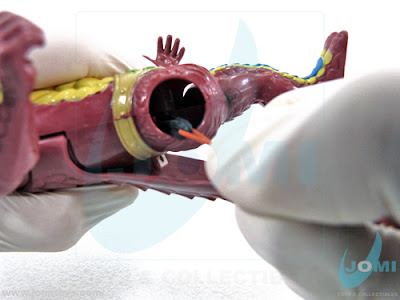 Some rubbers are of better quality than others (kinky). So, while most handle the job perfectly, others tend to break right about here. Because in order to keep the legs nice and tight, you need to pull to have space to work with the other leg. 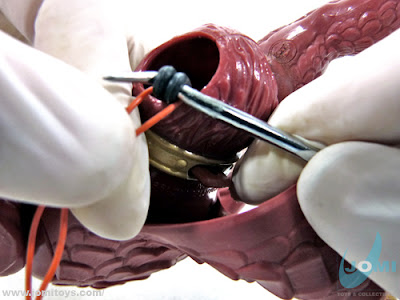 Now you need to insert the punching tool, needle, screwdriver, whatever you prefer to work with here. Be careful not to harm the plastic. This is why you should use an under C-8 figure to master the process. Not a big deal, but the more you do, the better you get. 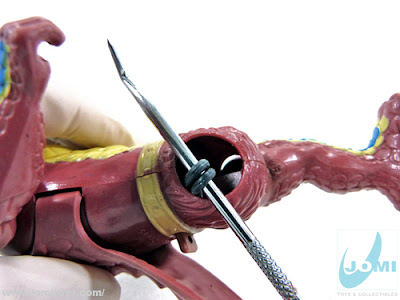 Now you can remove the wire and forget about it. 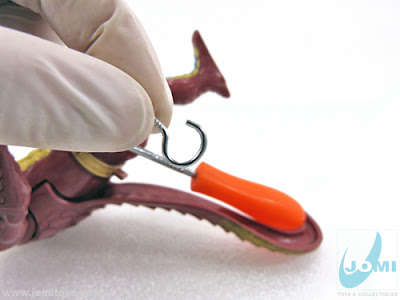 Open another screw and prepare to the final step. 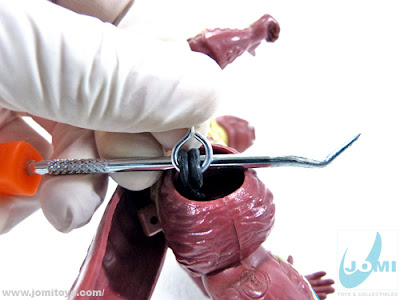 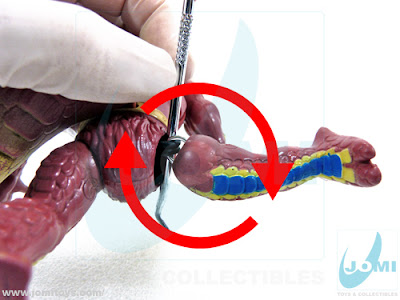 Before removing the tool you inserted to prevent the "new" rubber band to escape, take a few (clockwise) turns to get half the job (well) done. Then remove the needle, while holding the eye screw and pulling the "double O-ring band" and screw the best you can to be nice and tight. 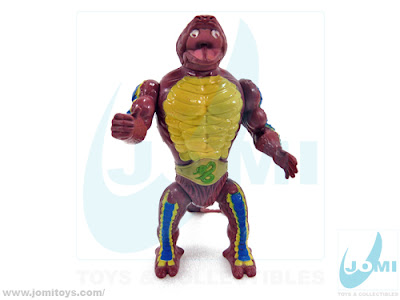 And you did it! 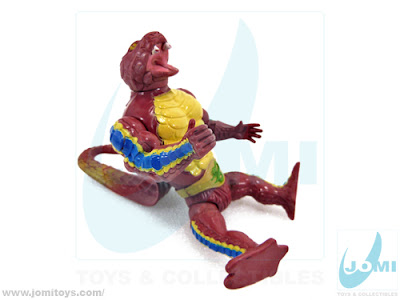 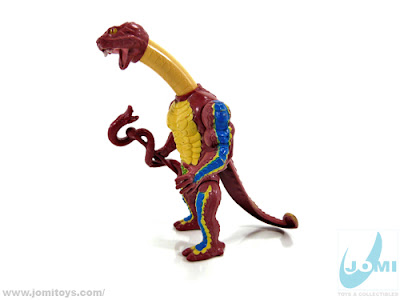 Thank you for reading and happy fixes!